Amazing. Has a lost advertising technique of David Oglivy been rediscovered?

Your first reaction to seeing this post may be to roll your eyes, to snicker, to cry clickbait, but the only way to be sure is to read on..

David Ogilvy freely shared his advertising secrets with one exception. There was one secret that he never revealed, the result so powerful he destroyed it.

From the book, "Oglivy on Advertising":

"My only other example of manipulation will make you shudder. I myself once came near to doing something so diabolical that I hesitate to confess it even now, 30 years later. Suspecting that hypnotism might be an element in successful advertising, I engaged a professional hypnotist to make a commercial. When I saw it in the projection room, it was so powerful that I had visions of millions of suggestible consumers getting up from their armchairs and rushing like zombies through the traffic on their way to buy the product at the nearest store. Had I invented the ultimate advertisement? I burned it, and never told my client how close I had come to landing him in a national scandal."

Had Ogilvy invented the ultimate advertisement with the power to drive consumer behavior?

Can this technique be safely (and legally) used today?

Find out. Scan the QR code and be amazed. 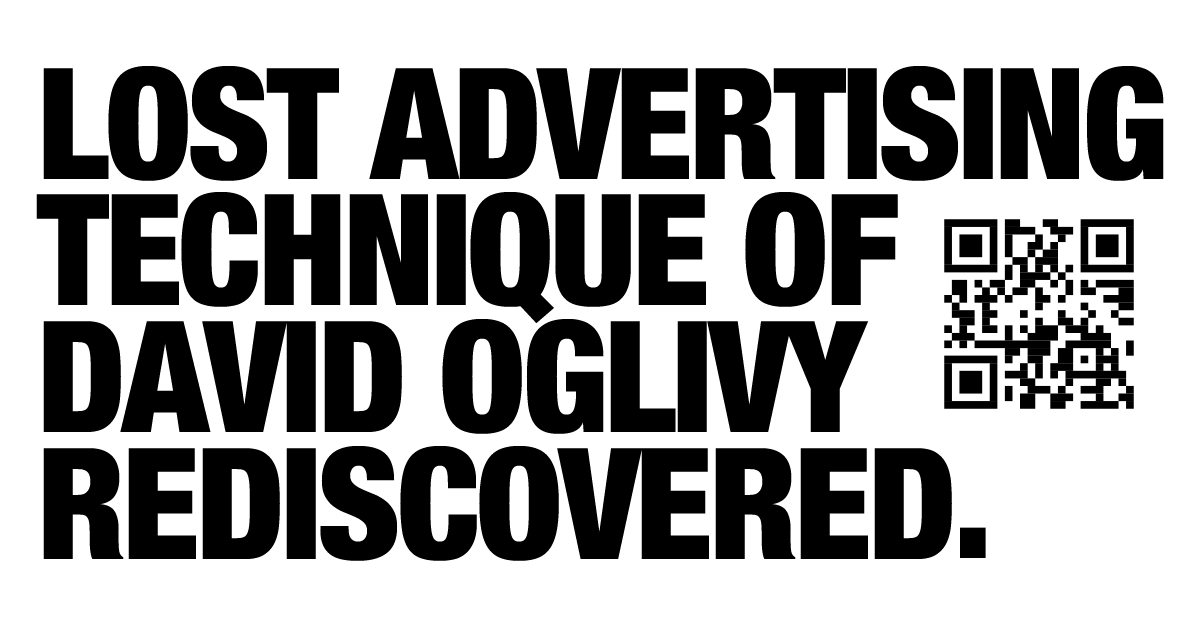